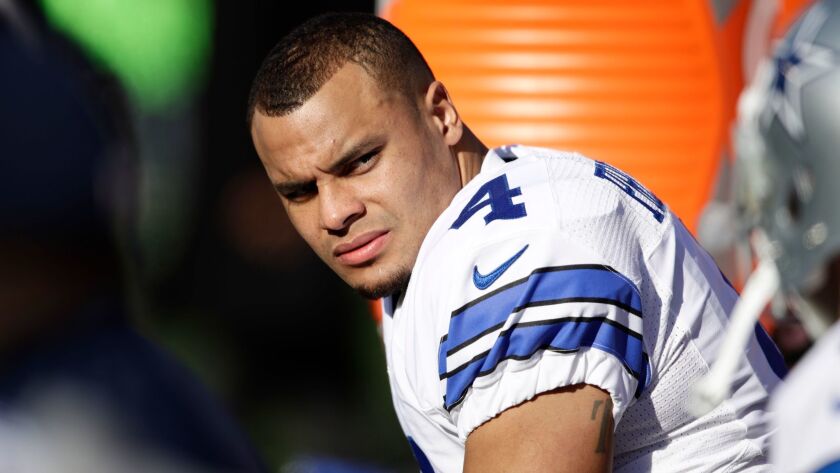 Absolutely not. Not even close. Honestly $30 million would be a stretch. This is not bashing Dak Prescott at all who has had some success in his own right. He is a Rookie of the Year and has a good record in the playoffs. However, even the most knowledgeable of football pundits or even the biggest Dak Prescott fan would not agree the he should get $40 million dollars per year or even be the highest paid player in the league. Yes, Dak is a fine pick for the Cowboys as the franchise quarterback, but not at that price and the lack of star production.

Dak Prescott should DEFINITELY be paid very handsomely, but to say that he should make that substantially much more than all the aforementioned QBs is problematic at best. Yes, the market escalates all the time and there are many instances where a player may not be as talented as another player but makes more, but the Cowboys would be foolish to try to pay anything above $28 million per year for Dak Prescott.

Spotrac’s Market Value has Prescott’s contract at around 5 years/$147,000,000 which would make him the sixth-highest paid QB in the league.

My contract recommendation is that the Cowboys should offer a 5 year/$135,000,000 contract at $27 million per year($94,500,000 guaranteed) which would put him in line with Jimmy Garappolo and Matthew Stafford. This is a contract that is mutually workable for the Cowboys and Dak and accounts for the price of the QB market.

It’s hard to be reasonable and fair when it comes to these contracts, but with other contracts looming, this is a deal that needs to be done and the Cowboys must make every effort to be reasonable but fair to their franchise QB.