It’s truly crazy how time flies. The 2018-2019 NBA season is more than half-way over with and players and teams are starting to show their true colors and skills…or lack thereof(here’s looking at you Chicago). While the season is still early and the All-Star break hasn’t come forth, some teams are already starting to separate themselves from the rest of the tanks(here’s looking at you Chicago)…errr…pack.  However, while the shine of the early season is upon us, let’s take a look at some of the players on these surging teams that have made a potential case for NBA Most Valuable Player. SPOILER ALERT: No player from the Chicago Bulls will be on this list, as the Most Valuable Tank Award will come in a later post. The list will be in order from least likely to win MVP if the season ended today to most likely to win MVP. There will also be a prediction of what place we think the player will finish in the MVP voting at the end of the season. 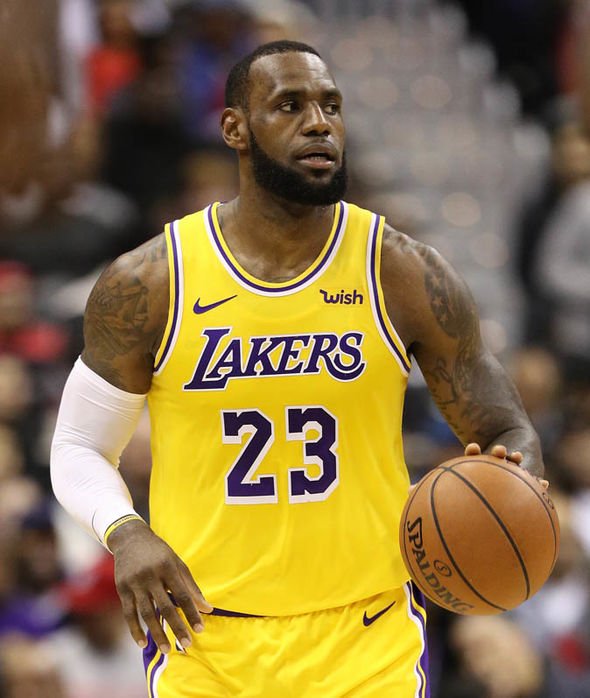 Yes…yes…we know. Ready for any backlash that may come, The King is an unfortunate victim of injury timing in this scenario. The production is there and the Lakers are a much, much better team when he is on the floor. However, if the season ends today, LeBron would be in a strange spot at the back of the line due to the fact that his groin injury came at the wrong time, currently halting any progress he had made towards the trophy. If LeBron played as many games as the other members on this list, he would possibly finish no worse than 3rd. This placement is ONLY due to injury.

Coming in at the ninth spot, The Captain of The Crossover has had a tumultuous season. Recurring injuries have reared their ugly head once again as Irving has been limited to 42 out of 48 games and the Celtics are sitting at a surprising 5th place in the East when many pundits felt that they were the favorites to win the conference. Kyrie even reportedly talked to LeBron James after a rough stretch to apologize to him for “being that young player”. While expectations are certainly higher and the season is still young, Uncle Drew has put up some respectable numbers and he still makes the Celtics a dangerous team.

This man isn’t just a social media savant, Joel Embiid can ball…and ball he has done. Embiid is averaging a very high double-double on the year and has been one of the best defensive centers in the league averaging 2.0 blocks a game. Embiid has also managed to stay relatively healthy playing in a total of 46 games after being limited to 63 last season. Embiid has extremely solid numbers that are more than All-Star worthy, but they don’t stand out as far as the rest of the candidates. 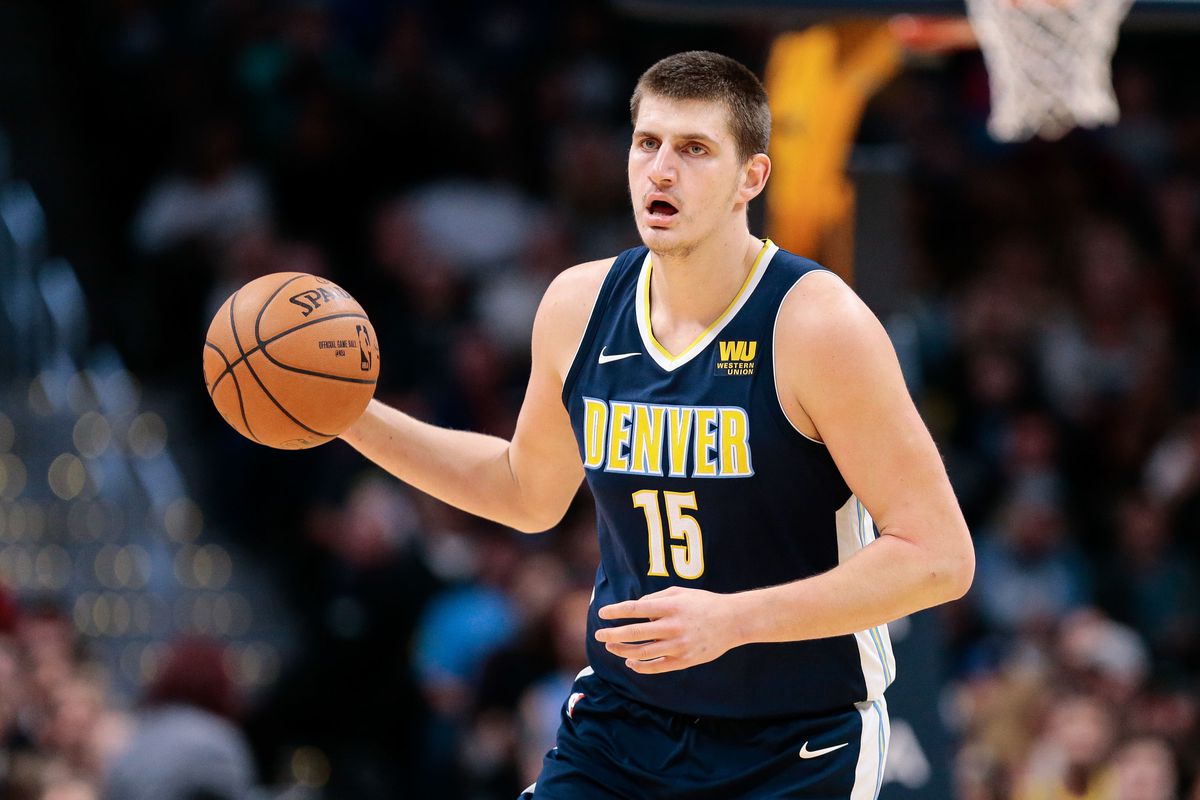 Take a good look folks, this man is the future of basketball as we know it. Nikola Jokic has led the charge of the new-age European style game. The most unlikeliest superstar in the league, The Nuggets have been a force to be reckoned with, briefly leading the West and it all has to do with the progression of the entire team, but also the leadership and ball movement abilities of Nikola Jokic as evidenced by his center position leading 7.7 assists per game. The Serbian Swiss Army Knife can do it all, stepping back for threes, displaying brilliant moves in the post and finishing, and also making the right basketball play at the right time. While Jokic’s numbers are highly respectable, nothing truly stands out among his numbers that would warrant MVP selection over the other candidates.

Kawhi Leonard may be more famous for his laugh nowadays, but there is nothing funny about his gaudy numbers. Averaging an absurd 27.6 points per game and knocking down some timely threes, Kawhi has once again staked his claim as one of the best players in the entire world with his offense and defense. He has been a more efficient version of DeMar DeRozan and has cemented his spot as the leader on the team. Leonard’s defensive ratings aren’t as solid as once were but is still a premier on-ball defender. The Raptors may just stake a claim to win the East with his help. Kawhi’s lack of stats that aren’t the best in the league among his peers leaves him with a lower spot than most.

Yelling at small children aside and fans on Twitter, Kevin Durant has staked another legitimate claim to be NBA MVP. Durant is top-5 in points per game with 28.1 and has helped lead the Warriors to the best record in the West. It’s basically another day at the office for Durant who will always become a nightmare match-up for defenders.

Stat padding and efficiency criticisms aside, The Brodie is still averaging a triple-double for his THIRD straight season. Absolutely unheard of. What really stands out is the fact that Russell Westbrook is the best defensive point guard in the entire NBA with his 2.4 steals per game which leads the league. This was a hard spot to put him in as it is hard to lower a player that seemingly sneezes into a triple-double but there are things that must be noted. Westbrook’s triple-doubles somehow feel very empty as the team seems very focused on getting his stats and not the overall progression of the team. Also, Westbrook’s efficiency numbers are absolutely awful. Averaging 24% on threes and a 41% field-goal percentage, Westbrook at times shoots the team out of games when certain plays are better suited for Paul George. While Westbrook is a top-3 point guard overall, his inefficiency holds him back from the top spot. 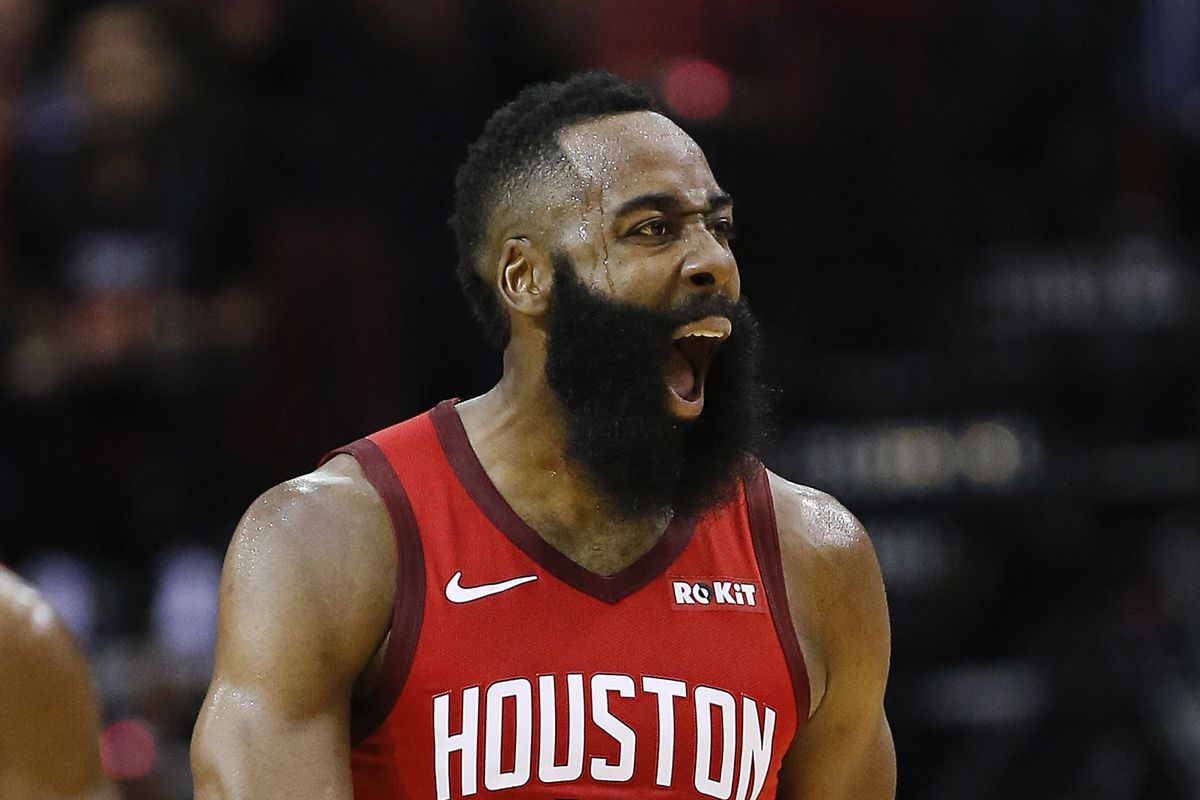 The Beard has struck again folks. James Harden is on the midst of a historic scoring season. With the absence of Chris Paul, James Harden is averaging a league-leading 35.3 PPG which is almost six more points than the next player. Harden has also done well as a quasi-point guard averaging 8.3 assists per game which is a top-5 stat in the league. Now for the rain on the parade, the Rockets are only 5th on the conference despite this legendary amount of scoring. He has also a heavy volume-dependent scorer, meaning he is highly prone to inefficiency because of his tendency to settle for very predictable threes. The Rockets also are not a very dominant team despite Harden’s torrid scoring as they have been susceptible to big losses and marginal wins. One must question, does Harden’s scoring actually make his team better or stagnant? Still, third place is not a bad place on this list compared to the next two players.

The Greek Freak has continued his rapid progression and has now solidified himself as a top player in the NBA and a superstar for years to come. No player since LeBron has had a strong amount of upside like Giannis and the Bucks patience has paid off. An absolute “Freak” of nature, Giannis is 6’11 and handles the ball like a point guard in ways that would make Magic Johnson jealous. The Greek Freak is averaging a strong double-double and with his play and leadership, the Deers have truly become feared now and have played better overall as a team which is why they are leading the East. While still not a consistent shooter, Antetokounmpo is still averaging 57% from the field. Gotta get those buckets in any you can. Giannis would probably be number one if it weren’t for this player.

The early pick for our NBA MVP goes to The Chef himself Stephen Curry. Curry has regained his leadership grip on the team that he has a been a champion, and an MVP on. While the team is overall built for success, Curry’s numbers this season have still stood out among the rest. His shooting efficiency is once again off the charts, shooting a blistering 45% from three to go along with 29.8 points per game, both which are top-5 in The Association. Admittedly, Curry has a low assist rate compared to other players at his position but his blistering shooting has helped the Warriors gain the top spot in the West and it seems that they will have a firm stranglehold on that position and Stephen Curry won’t show any signs of slowing down anytime soon.