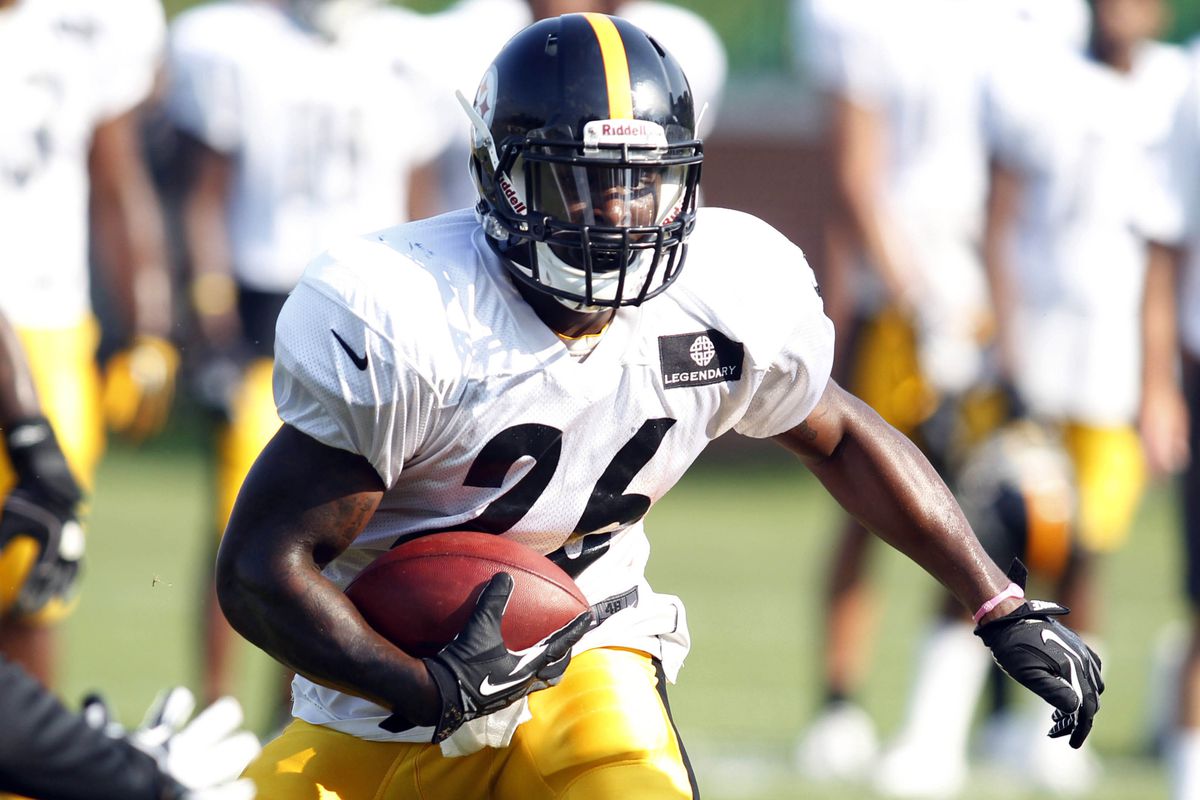 Behind The Steel Curtain

Bell was handed the keys to the rushing vehicle right out of the gate as he made an immediate impact in the running and passing game. He ranked 5th on the team with 45 receptions and garnered over 1,200 yards from scrimmage in his first year with the team. Only Antonio Brown’s 1,503 scrimmage yards were more on the team. It would appear that the Steelers were getting immediate dividends paid with their 2nd round pick and their bargain was truly paying off. However, 2014 was the year that Bell truly shined. Bell would go on to rack up 1,361 yards running and an incredible 854 yards receiving with 85 receptions, numbers that rivaled many wide receivers. He finished second in total yards to Dallas Cowboys running back DeMarco Murray. Not bad for a player in his second year. These totals would grant Le’Veon his first All-Pro and Pro Bowl selection. The best part from a team perspective is the fact that his 2014 salary was a mere $592,300 as he was still on his 2nd round rookie contract. This was a perfect value for the team but his meager salary would go on to raise some concerns in the future.

Show Me The Money!

Bell was off to a superstar career in the NFL and it seems like the Steelers had found their next great Hall of Fame back and for a suitable team-friendly salary for years to come. However, 2015 would prove to be a tumultuous year for the star running back. He was suspended for two games due to a violation of the NFL’s substance abuse policy. This would allow Bell to miss out on $85,985 of his yearly salary of $687,882. Upon his return, Bell was primed for another breakout season and practically picked up right where he left off. Coming into a blood-feud with the Cincinnati Bengals, Bell had 449 rushing yards with 2 touchdowns with an incredible 5.4 yards per carry. It was until then that a hit by Bengals linebacker Vontaze Burfict caused Bell to tear his right MCL and miss the remainder of the 2015 season. In 2016 ESPN reported that, Bell was once again suspended for three games for violating the substance abuse policy for this time missing a multiple number of scheduled drug tests. According to Spotrac, this suspension would cost Bell $154,247 in salary and bonuses in the third year of his rookie deal. The third year is usually the most pivotal because this is when superstar draft picks typically get a new deal.

Despite missing three games, Bell would go on to have an another remarkable season rushing for 1,268 yards, 7 TDs and 616 receiving yards on 75 receptions. One could only imagine what his numbers would have looked like if he played the entire season.

While Le’Veon Bell proved himself to be every bit of the superstar that they drafted, Bell’s off the field issues seemed to possibly get in the way of a long-term deal. However the Steelers casted any doubt about those concerns to the side as Bell was offered a proposed deal in the area of $13 million a year for four years and $18 million for the first year. According to sources, Bell was adamant that he maintained a yearly salary around $15 million dollars which would have been $3 million dollars less than the proposed first year of his long term deal.

Since both sides could not agree on a current long-term solution, Bell was given the franchise tag that would pay him $12,120,000 in 2017. For more information on what the franchise tag is, check out the link here to our article on it called Term of the Day. Bell would put any contract doubts to rest as he cranked out another 1,000+ rushing yard season to go along with 600+ receiving yards as he earned himself another All-Pro nod. The Steelers got every penny’s worth of that $12 million dollar salary.